The Transformation from Early to Late Empire 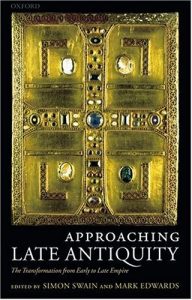 What factors already present in the society of the High Roman Empire developed and expanded into the world of Late Antiquity? What was distinct in this period from what went before? The answers to these complex and fascinating questions embrace the fields of cultural history, politics, ideas, art, philosophy, pagan religion, Christian church, Greek and Latin literature, the army, the law, the provinces, settlement, and the economy. Approaching Late Antiquity is an illustrated collection of fifteen original essays on the later Roman world written by a galaxy of internationally known scholars.