Divination and Theurgy in Neoplatonism

Oracles of the Gods 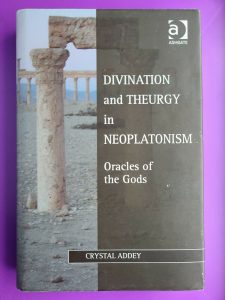 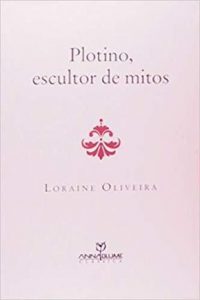 Themes from the Work of Richard Sorabji 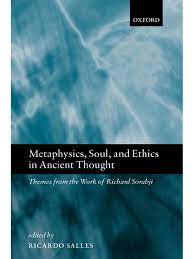 Leading figures in ancient philosophy present eighteen original papers on three key themes in the work of Richard Sorabji. The papers dealing with Metaphysics range from Democritus to Numenius on basic questions about the structure and nature of reality: necessitation, properties, and time. The section on Soul includes one paper on the individuation of souls in Plato and five papers on Aristotle’s and Aristotelian theories of cognition, with a special emphasis on perception. The section devoted to Ethics concentrates upon Stoicism and the complex views the Stoics held on such topics as motivation, akrasia, oikeiôsis, and the emotions. The volume contains a fascinating « intellectual autobiography » by Sorabji himself, and a full Bibliography of his works.

The Senses and the Nature of the Soul
8. Platonic Souls as Persons, A. A. Long
9. Aristotle versus Descartes on the concept of the mental, Charles H. Kahn
10. Perception Naturalized in Aristotle’s de Anima, Robert Bolton
11. The Spirit and the letter: Aristotle on perception, V. Caston
12. The discriminating capacity of the soul in Aristotle’s theory of learning, Frans A. J. de Haas
13. Alexander of Aphrodisias on the nature and location of vision, Bob Sharples 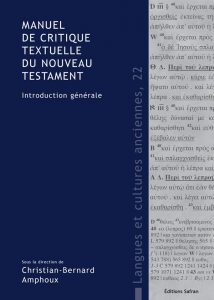 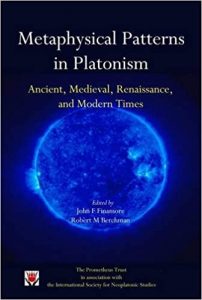 This anthology of 18 essays by scholars from around the world is published in association with the International Society for Neoplatonic Studes: it contains many of the papers presented in their 2005 annual conference.

The Platonic Tripartite Soul and the Platonism of Galen’s on the Doctrines of Hippocrates and Plato – John F. Finamore;

Who Thought the Stars are Causes? The Astrological Doctrine Criticized by Plotinus – Marilynn Lawrence;

The Transcendence of Sophia in Plotinus’ Treatise On Intelligible Beauty – Daniele Bertini;

The Good’s Beauty is Above Beauty: Plotinus’ Argument In Ennead VI.7 – Martin Achard;

Plotinus On The Being of The One – John Bussanich;

Consulting the Oracle: The Mantic Art and its Causation in Iamblichus’ De Mysteriis – Crystal Addey;

The Roles of Apollo and Dionysus in Nietzsche’s Birth of Tragedy and in the Emperor Julian’s Theology – Jay Bregman;

Augustine, Proust and the Rhetoric of Time and Creation – Burcht Pranger;

Monophysitism and the Evolution of Theological Discourse in Christian Neoplatonism – Edward Moore;

Eriugena, Emerson and the Poetics of Universal Nature – Willemien Otten;

The Place of the Universe: Science and Platonism in Copernicus’ De Revolutionibus – Gina Zavota;

Mapping Knowledge and Consciousness of Being: Categories as Transcendentals in Plotinus and Hegel – Robert M. Berchman;

Neoplatonism in Science Past and Future – Bruce Maclennan;

The Primordial Tradition of the World’s Religions and the Reconstruction of Neoplatonic Metaphysics – Atsushi Sumi. 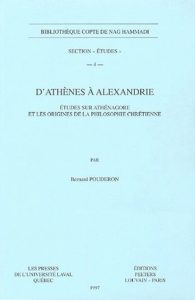 The contributors to this volume offer, in the light of specialised knowledge of leading philosophers of the ancient world, answers to the question: how are we to read and understand the surviving texts of Parmenides, Plato, Aristotle, Plotinus and Augustine?

Aristotle’s Conception Of Dunamis And Techne

Aristotle And The Starting Point Of Moral Development: The Notion Of Natural Virtue

Akrasia And Moral Education In Aristotle

Effective Primary Causes: The Notion Of Contact And The Possibility Of Acting Without Being Affected In Aristotle’s De Generatione Et Corruptione

The Organization Of The Soul: Some Overlooked Aspects Of Interpretation From Plato To Late Antiquity

The Final Metamorphosis: Narrative Voice In The Prologue Of Apuleius’ Golden Ass

Plotinus: Omnipresence And Transcendence Of The One In VI 5[23]

The Concept Of Will In Plotinus

Was The Vita Plotini Known In Arab Philosophical Circles?

Friendship And Transgression: Luminosus Limes Amicitiae (Augustine, Confessions 2.2.2) And The Themes Of Confessions 2

Augustine And The Philosophical Foundations Of Sincerity

Innovation And Continuity In The History Of Philosophy 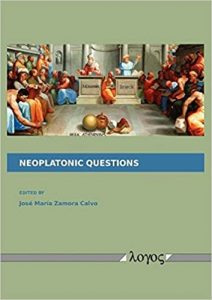 The nine essays in this volume were presented at the Eighth Annual Conference of the International Society for Neoplatonic Studies (ISNS). ISNS Conferences, annually held, bring together scholars from all over the world interested in Plato’s philosophy and its tradition. This time, the selected articles deal with the interpretations of Plato by authors like Plotinus, Porphyry, Proclus, and Damascius, as well as with the romantic English poetry reception of this hermeneutic tradition. They include perspectives as wide as philosophic, historical, or literary, and in different contexts, like pagan, Christian, Jewish, etc. All of them aim to give a new appreciation of Neoplatonic Philosophy and a better understanding of what Platonism and Neoplatonism may be.

Judith Omtzigt – The Moral Status of the Plotinian Artist

Antoni Bordoy Fernández – Orphic Influence on Proclus’ Exegesis of Plato: The Goddess Necessity and the Descent of Souls into Bodies

The Routledge Handbook of Neoplatonism

Chapter  2:  Platonist curricula and their influence

Chapter  4:  Middle Platonism and its relation to Stoicism and the Peripatetic tradition

Chapter  5:  Plotinus and the Gnostics: opposed heirs of Plato

Chapter  11:  Metaphysics: the origin of becoming and the resolution of ignorance

Chapter  12:  The metaphysics of the One

Chapter  13:  Number in the metaphysical landscape

Chapter  15:  Matter and evil in the Neoplatonic tradition

Chapter  16:  The gift of Hermes: the Neoplatonists on language and philosophy

Chapter  19:  From Alexander of Aphrodisias to Plotinus

Chapter  20:  Metaphysics of soul and self in Plotinus

Chapter  24:  Humans, other animals, plants and the question of the good: the Platonic and Neoplatonic traditions

Chapter  25:  Plotinus on metaphysics and morality

Chapter  30:  Plotinus’ aesthetics: in defence of the lifelike

Chapter  31:  Neoplatonism and Christianity in the West

Chapter  32:  Neoplatonism and Christianity in the East: philosophical and theological challenges for bishops

European Society for the Study of Western Esotericism

This website is intended as a resource for scholars and students. While the ancient sources (Gnostic, theurgic, Neoplatonic, Hermetic, etc.) of Western Esotericism possess enormous importance for the development of esoteric currents from the fourteenth century onwards, there remains only a minimum of interaction between the antiquity experts and their (proto)-modern colleagues. The Network therefore is intended to:

1) introduce scholarship on ancient esotericism to students of Western Esotericism,

2) serve as a forum in which to exchange ideas, notes and references, etc. outside of other professional bodies which are not concerned with esotericism per se,

3) to coordinate study and workshops with other working groups on the subject, such as the Society of Biblical Literature’s Section on Esotericism and Mysticism in Antiquity, and

4) (and most importantly) to provide a junction of the many resources online that can serve as aids in the study of this fascinating and difficult material (dictionaries, textual corpora, blogs, etc.) ».