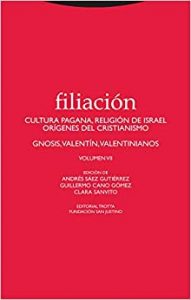 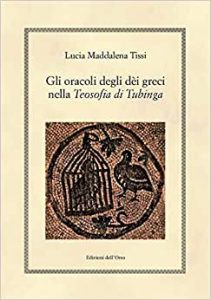 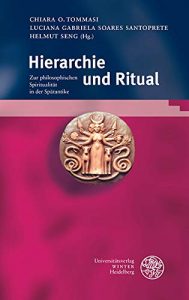 Chiara Ombretta Tommasi: Mithras between Isis and Osiris in Apuleius’ Metamorphoses: solar syncretism and ritual patterns towards a hierarchical ascent … 65

This study challenges the conventional image of the tenth-century Sufi mystic Al-Husayn Ibn Manṣūr al-Ḥallāğ (d. 929) as an anti-philosophical mystic. Unlike the predominantly theological or text-historical studies which constitute much of the scholarly literature on Ḥallāğ, this study is completely philosophical in nature, placing Ḥallāğ within the tradition of Graeco-Arabic philosophy and emphasizing, in a positive light, his continuity with the pagan Neoplatonism of Plotinus and Proclus. For anyone interested in the origins of philosophical thought in Ṣūfism, who wishes to understand the vast influence that Greek philosophy has had on the development of medieval Islamic mysticism in its formative period, this study will, therefore, be essential reading. Besides calling attention to several important aspects of Ḥallāğ’s thought that have been underemphasized or neglected altogether in previous studies, this one represents the first of its kind in the exploration of Ḥallāğ as a philosopher, that is, as an exponent of metaphysical and theological ideas. That Ḥallāğ was an astonishing and admirable mystic, a great literary talent and a superb Sufi poet, is undeniable. However, the extended answer, which is my thesis, argues that all of these other facets must be understood in terms of Ḥallāğ’s being as a philosopher, namely, as a thinker incorporating Neoplatonic modes of reasoning and argumentation as a result of his immersion in the Graeco-Arabic renaissance of the ninth and tenth centuries. Thus, rather than treating him as a mystic with no interest in philosophical matters, only driven by an irrational urge to experience a super-sensible reality, this study brings to the fore the Neoplatonic logic in Ḥallāğ’s thought, providing an analytical exposition of the philosophical reasoning and conceptualization underlying his Ṣūfism.

(Text from the publisher

Preface
Abbreviations and Transliteration
Introduction
Methodological considerations
The Arabic Neoplatonic Texts
Structure of the book
Chapter I. God’s Unknowability: Tanzīh as Neoplatonic Via Negativa
I.1 The theological debate in medieval Islam regarding the via negativa: a brief overview
I.2 The attributes of God as seen from Ḥallāğ’s perspective
I.3 The inadequacy of human language to express God
I.4 Ḥallāğ’s via negativa and the Neoplatonic account of God’s non-being
I.5 Final remarks
Chapter II. The Theophanic Creator-God: The Muʿill as One and Multiple
II.1 Causation as non-reciprocal dependence
II.2 Contemplation as the principal mode of creation
II.3 Participation as the principle of existence
II.4 Participation in Plotinus and the AP
II.5 Ḥallāğ’s concept the Muʿill and Neoplatonic Self-contemplation
II.5.1 God’s contemplative role in Ḥallāğ’s creation account
II.6 Is Ḥallāğ a pantheist?
II.7 Final remarks
Chapter III. The Experience of Divine Love, Creation and Cosmology
III.1 Context: The One as source and ultimate goal of all beings
III.2 The idea of “the Good”
III.3 The final cause in the Aristotelian context
III.4 God as a final cause in the AP and Ḥallāğ
III.5 Neoplatonic reversion and its repercussions in Ḥallāğ
III.6 Divine ʿIšq: the source, vehicle and goal of divine self-communication
III.6.1 Text in context: the faṣl fīʾl-ʿišq
III.6.2 God’s self-identical solitude
III.6.3 God’s eternal act of self-intellection as self-desire
III.6.4 God’s self-desire as a means of His self-communication
III.6.5 The procession of Intellect due to God’s radiation
III.7 Final remarks
Chapter IV. The Neoplatonic Role of the Primordial Muḥammad in Ḥallāğ’s Cosmology
IV.1 Emanation through the light of the lamp
IV.2 Muḥammad’s primordial participation in God’s nūr
IV.3 Muḥammad’s demiurgic role
IV.4 The archetypal ideal and final purpose of the cosmos
IV.5 Final remarks
Conclusion
Chapter I
Chapter II
Chapter III
Chapter IV
Bibliography
Index 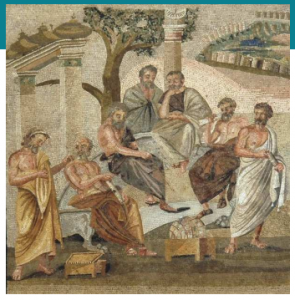 If you would like to participate, please register online before November 28, 2018.

15.15 – 15.45 Marco DONATO (Pisa & Paris), Polemics in the Pseudoplatonica: The Academy’s Agenda and the Renaissance of Socratic Dialogue

16.45 – 17.15 Chiara MILITELLO (Catania), Replying to Stoics as the Basis of True Aristotelianism: the Significance of Polemics in Alexander of Aphrodisias’ Commentaries and Treatises

14.00 – 14.30 Olivier DEMERRE (Gent), Philostratus’ Life of Hermogenes: Rhetorical Debates and Circles in the Lives of the Sophists

09.00 – 09.30 Irini FOTINI-VILTANIOTI (Leuven), Porphyry’s Solution to Plato’s and Aristotle’s Controversy on the Tripartition of the Soul in On the Powers of the Soul Fr. 253 Smith 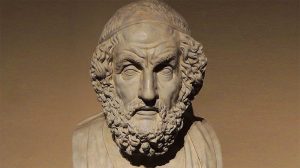 Unknown God, Known in His Activities

Incomprehensibility of God during the Trinitarian

Controversy of the 4th Century 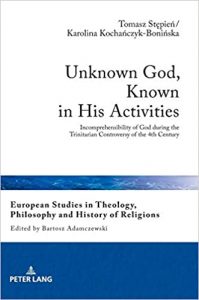 What can man know about God? This question became one of the main problems during the 4th-century Trinitarian controversy, which is the focus of this book. Especially during the second phase of the conflict, the claims of Anomean Eunomius caused an emphatic response of Orthodox writers, mainly Basil of Caesarea and Gregory of Nyssa. Eunomius formulated two ways of theology to show that we can know both the substance (ousia) and activities (energeiai) of God. The Orthodox Fathers demonstrated that we can know only the external activities of God, while the essence is entirely incomprehensible. Therefore the 4th-century discussion on whether the Father and the Son are of the same substance was the turning point in the development of negative theology and shaping the Christian conception of God.

1.1 The ambiguity of the Holy Scripture concerning the knowledge of God

1.3 The apologetic usage of negative theology in the 2nd century

1.4 Clement of Alexandria – the unknown Father revealed in the Son of God

1.5 The incomprehensible Father in Origen

2.1 The knowledge of God in Arius

2.1.1 The problem of Platonism of Arius

2.1.4 The attributes of God from Arius’ perspective

2.2 The transcendence and knowledge of God in Athanasius

2.2 Knowing God from the creations

2.3.1 God as non-existent above existents

2.3.2 Negative theology in speaking of God as the One

3.1 “Ingeneracy” as a positive attribute and the essence of God

3.2 Worship and knowledge – a puzzling question

4.1 Eunomius and the two ways of theology

4.2 The philosophical sources of οὐσία and ἐνέργεια

4.2.1 Aristotle – the origins of ἐνέργεια

4.2.2 The use of ἐνέργεια  in Middle-Platonism and Plotinus

4.3 The Holy Scripture and early Christian concepts of ἐνέργεια

4.3.1 The Holy Scripture on the activities of God as away to know His attributes

4.3.2 The Church Fathers and the sources of Eunomius’ methods

4.4 The knowledge of the Unbegotten substance in two ways

4.4.1 The ﬁrst method – from substance to activity

4.4.2 The second method – from activity to substance

4.5 Basil of Caesarea on language and comprehensibility of God

4.6 Gregory of Nyssa on knowing the activities and the essence of God

4.6.1 The ontological status of God’s activities

4.6.2 The criticism of the second way of Eunomius

4.6.3 The activity of generation and other activities of God

4.6.4 Activities and incomprehensibility of God

5.2 Negative theology and mystical experience in Gregory of Nyssa

5.3 Unknown God of Gregory of Nazianzus 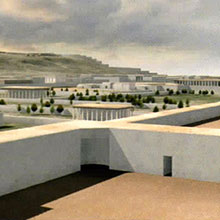