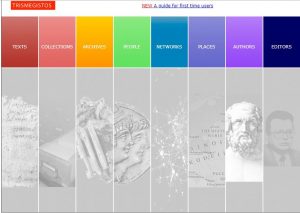 An interdisciplinary portal of papyrological and epigraphical resources formerly Egypt and the Nile valley (800 BC-AD 800), now expanding to the Ancient World in general. 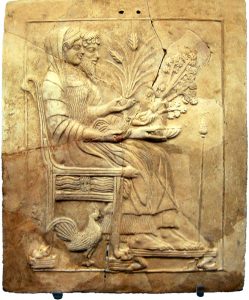 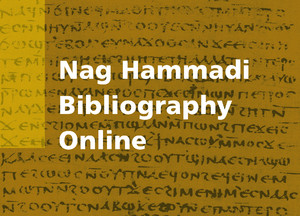 Brill’s Nag Hammadi Bibliography Online (NHBO) is a cross-searchable database of books, articles and reviews, which contribute to the study of Gnosticism and early Christianity. The main objective of the NHBO is facilitating the work and international collaboration of all scholars working in this field. The NHBO succeeds and builds upon the comprehensive but now outdated three-volume Nag Hammadi Bibliography by the late D.M. Scholer. In addition to the data collated by Scholer, the new NHBO includes bibliographic data from 2013 onwards, as well as useful abstracts of every single entry, keywords, and classification data.

– Contains about 13,000 entries covering almost all books, journal articles and book articles in various languages on the Nag Hammadi Library

– Includes abstracts and keywords, which will also be added later to Scholer entries from before 2007.

In future, NHBO will also include links to search engines and online publications, and will provide the capability to export texts. The NHBO will be updated annually in order to provide Nag Hammadi scholars with an accurate and up-to-date online resource. In addition, missing bibliographic data for the years 2007 to 2012 will be added to the NHBO from December 2016 onwards. Once this task is complete, the NHBO team will also add the abstracts to the publications included in Scholer’s Bibliography.

The NHBO has three main priorities:

2nd phase (2022 to 2026) to cover data and publications from 2021 to 2025 and to add abstracts, complementary information, and links to the data from Scholer’s Bibliography. 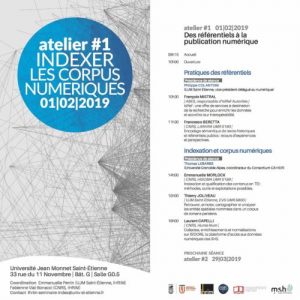 Prototype: Under leadership of Roger Bagnall and with funding from the Andrew W. Mellon Foundation and the National Endowment for the Humanities, in 2006/07, Columbia University Libraries developed specifications for a ‘Papyrological Navigator,’ (PN) in order to demonstrate that multiple digital papyrological resources could be co-displayed in a scholarly web resource. In the following year a prototype PN was released. In 2007/08, with further support from the Mellon Foundation, a Duke-led team launched ‘Integrating Digital Papyrology’, whose three phases ran through 2012. The goals were to migrate the DDbDP from SGML to TEI EpiDoc XML, and from betacode to Unicode; to map DDbDP texts and HGV metadata to corresponding APIS images and catalog records, and to convert both HGV and APIS data to EpiDoc; to enhance the Papyrological Navigator; to create a version controlled, transparent and auditable, multi-author, web-based, real-time, tag-lite, editing environment, which–in tandem with a new editorial infrastructure–would allow the entire community of papyrologists to take editorial control of core disciplinary data. In 2009 the new PN and Papyrological Editor (PE) were moved to NYU’s Institute for the Study of the Ancient World, which was the seat of production until July 2013.

Release: In 2010 the new papyri.info was released to production (see J. Sosin’s presentation to the 26th Intl Papyrological Congress), featuring the new PE and a completely redesigned PN.

Stewardship: In July 2013 the Duke University Libraries, again with the generous support of the Mellon Foundation, launched the Duke Collaboratory for Classics Computing(DC3), a digital classics unit embedded in the Libraries. A core part of their mission is the maintenance and enhancement of the papyri.info toolset and community.

Moving Parts: See the top level data flow. The PN supports browse and faceted search of the constellation of papyri.info resources. It relies on an RDF triple store (Apache Jena) to manage the relationships between documents from different sources and Apache Solr for its search and faceting capabilities. The PE (1) allows users to add new or change existing ‘publications’ in the PN, edit the EpiDoc, either via database-style form (for APIS, HGV, BP) or proxy EpiDoc syntax called Leiden+ (for DDbDP), (2) enables submission of all such edits to peer review, which may result in commission of such to the canonical repository, and (3) provides transparent version-control (via git) of all such edits, system-wide. This bundle of services is referred to as Son of Suda on Line (SoSOL), in homage to the Suda On Line project and our colleague Ross Scaife.

Berlin-Brandenburg Academy of Sciences and Humanities

The Thesaurus Linguae Aegyptiae on the Internet 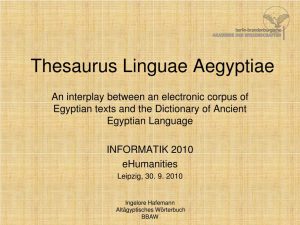 Material: The Thesaurus Linguae Aegyptiae in its version of October 2014 comprises about 1,400,000 text words. The following groups of texts are included:

Functions: In its current version, the Thesaurus Linguae Aegyptiae allows to search for lemmata by transliteration, translation and bibliographic reference, also in a combined fashion and using regular expressions. For lemmata, citations (Belegstellen) may be consulted, wider co-texts of citations displayed, and the entire texts navigated. Starting from the display of citation co-texts, all other words are capable of being looked up in their specific contexts. Moreover, users may look into data pertaining to source, date, bibliography, object on which the text is written, etc. Against the background of the material’s spatial classification and provenance, all texts and objects are organized into a hierarchical tree structure, which permits to explore the context of a text (as, for instance, in the decoration of a monumental tomb).

Please note: Functionality was enhanced in the summer of 2008, with the ability to directly search for texts and word combinations being added in. Moreover, it has since been possible to generate indexes and word concordances from individual texts and selected parts of corpora, and to search for the most frequent word classes. A number of statistical functions allow to run collocation and key word analyses, search for the combined occurrence of two words, or calculate the frequency of specific words. We recommend to seek advise from help texts and/or the handbook (PDF).

Future prospects: The publication of the Thesaurus Linguae Aegyptiae on the Internet is designed to be dynamic. At regular intervals, but at least once a year, an update is planned to be released, with the new version to grow in both digital text volume and its search and navigational capabilities.

Technical Prerequisites: Technical prerequisites for consulting the Thesaurus Linguae Aegyptiae are deliberately kept at a minimum. The programme may be used with any Internet browser. No additional installation on your desktop is needed. No applets are sent. However, session administration of the TLA requires your browser to accept cookies. Use of JavaScript is kept to limits so as not to affect the publication’s functionality.

Authorship: The editors who entered the individual texts into the digital corpus are identified by notes on authorship, as a text or citation (Belegstelle) is displayed. The editing of the lemma list has been in the hands of Ingelore Hafemann und Simon Schweitzer. Marianne Eaton-Krauss translated the meanings of the Egyptian lemmata into English. Jana Szeponik translated the Help Texts into English, which may be displayed using an english browser only. The Demotic lemma list has been taken care of by Günter Vittmann. The web design of this Internet presentation was created by Anika Strobach. The database and its web application have been programmed by Stephan Seidlmayer.

Acknowledgements: The lemma list of the Egyptian vocabulary is based on a copy of a lemma list compiled by Horst Beinlich (the Beinlich Wordlist) on the basis of the Wörterbuch der ägyptischen Sprache. Both this lemma list and the lemma list of the Thesaurus Linguae Aegyptiae have since been largely developed independently from each other. Jochen Hallof made available for incorporation into the lemma list in the framework of the Ancient Egyptian Dictionary project a comprehensive list of Egyptian personal names, which he compiled on the basis of the Slip Archive of the Wörterbuch der ägyptischen Sprache. The Edfu Project made lemmata of the Edfu texts for incorporation into the lemma list available. The integration of the whole text data of the Edfu Project have been made possible by the promotion of the Göttingen Academy of Sciences. The material of the Demotic lemma list is built on and was made available by Friedhelm Hoffmann at the start of the Demotic Database project of the Academy of Mainz. With texts being entered, this list of Thesaurus Linguae Aegyptiae has developed in its own right and differs now from the Demotische Wortliste online of Friedhelm Hoffmann. We wish to express our gratitude to all of our colleagues who have contributed to our project by making available these valuable aids.

Contact: If you have queries or suggestions relating to specific passages in a text, please do not hesitate to contact the editors of these texts shown in the note of authorship. For all queries, advice and comments pertaining to general aspects and features of this publication, please email aegypt@bbaw.de or mail to the Project Structure and Transformation in the Vocabulary of the Egyptian Language (former Altägyptisches Wörterbuch), Jägerstrasse 22/23, D-10 117 Berlin. All incoming suggestions will be considered. Please understand that the editors will not be able to reply to all incoming mail or email.
Should you be interested in being kept abreast of developments pertaining to the Thesaurus Linguae Aegyptiae, please subscribe to the mailinglist. Subscribers will be updated on the project on an irregular basis. By way of this mailing list, you will not receive messages from other TLA users, nor will you be able to send your own messages through the list.

National Endowment for the Humanities 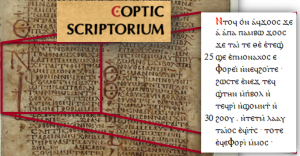 Contact us! Send an email to contact@copticscriptorium.org or add an issue to one of our repositories on GitHub.

Support for Coptic SCRIPTORIUM has been provided by:

Our logo and website brand were designed by Alison King, Assoc. Prof. of Graphic Design at the Art Institute of Phoenix and Founding Editor and Designer of Modern Phoenix.

Former members of our team:

A project bibliography is available at Zotero 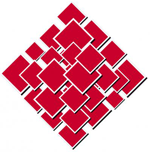