Dealing with Religious Diversity in Theory and Practice 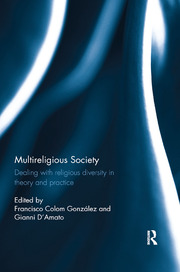 With the theory of secularization increasingly contested as a plausible development at a global scale, this book focuses on the changing significance of the religious element within a context of complex diversity. This concept reflects the rationale behind the deep transformations that have taken place in the dynamics of social change, giving way to a recombination of social, political and cultural cleavages that overlap and compete for legitimacy at a national and supranational level. Far from disappearing with modernization, new forms of religious diversity have emerged that continue to demand specific policies from the state, putting pressure on the established practices of religious governance while creating a series of normative dilemmas. European societies have been a testing ground for many of these changes, but for decades Canada has been viewed as a pioneering country in the management of diversity, thus offering some interesting similarities and contrasts with the former. Accordingly, the book deals with the diverging routes that political secularization has followed in Europe and Canada, the patterns of religious governance that can be recognized in each region, and the practices for accommodating the demands of religious minorities concerning their legal regulation, the management of public institutions, and the provision of social services.

Part I- Reframing the Narratives of Secularism