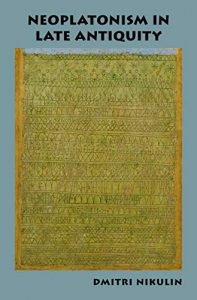 This book is a philosophical study of two major thinkers who span the period of late antiquity. While Plotinus stands at the beginning of its philosophical tradition, setting the themes for debate and establishing strategies of argument and interpretation, Proclus falls closer to its end, developing a grand synthesis of late ancient thought. The book discusses many central topics of philosophy and science in Plotinus and Proclus, such as the one and the many; number and being; the individuation and constitution of the soul, imagination, and cognition; the constitution of number and geometrical objects; indivisibility and continuity; intelligible and bodily matter; and evil. It shows that late ancient philosophy did not simply embrace and borrow from the major philosophical traditions of earlier antiquity—Platonism, Aristotelianism, Stoicism—by providing marginal comments on widely known philosophical texts. Rather, Neoplatonism offered a set of highly original and innovative insights into the nature of being and thought, which can be distinguished in much subsequent philosophical thought up until modernity.

(Text by the publisher)

1 The One and the Many

4 Unity and Individuation of the Soul

7 The Many and the One

9 Beauty, Truth, and Being

10 The System of Physics