Transformations of Ancient Religion in the New Age and Beyond 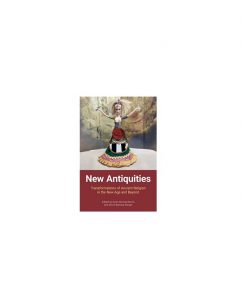 Just as we speak of “dead” languages, we say that religions “die out.” Yet sometimes, people try to revive them, today more than ever. New Antiquities addresses this phenomenon through critical examination of how individuals and groups appeal to, reconceptualize, and reinvent the religious world of the ancient Mediterranean as they attempt to legitimize developments in contemporary religious culture and associated activity. Drawing from the disciplines of religious studies, archaeology, history, philology, and anthropology, New Antiquities explores a diversity of cultic and geographic milieus, ranging from Goddess Spirituality to Neo-Gnosticism, from rural Oregon to the former Yugoslavia. As a survey of the reception of ancient religious works, figures, and ideas in later twentieth-century and contemporary alternative religious practice, New Antiquities will interest classicists, Egyptologists, and historians of religion of many stripes, particularly those focused on modern Theosophy, Gnosticism, Neopaganism, New Religious Movements, Magick, and Occulture. The book is written in a lively and engaging style that will appeal to professional scholars and advanced undergraduates as well as lay scholars.

2 – ‘From Aphrodite to Kuan Yin’ – ‘The Tao of Venus’ and its Modern Genealogy: Invoking Ancient Goddesses in Cos(met)ic Acupuncture – Almut-Barbara Renger

6 – Archaeology, Historicity and Homosexuality in the New Cultus of Antinous: Perceptions of the Past in a Contemporary Pagan Religion – Ethan Doyle White

7 – Reading History with the Essenes of Elmira – Anne Kreps

8 – The Jungian Gnosticism of the Ecclesia Gnostica – Olav Hammer

9 – The Impact of Scholarship on Contemporary “Gnosticism(s)”: A Case Study on the Apostolic Johannite Church and Jeremy Puma – Matthew Dillon