Studies in Platonism, Neoplatonism, and the Platonic Tradition #5

Proclus’ Doctrine of Evil and Its Roots in Ancient Platonism 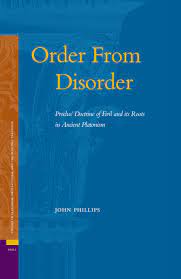 This study places the doctrine of the evil of the Neoplatonist Proclus in its proper context, the exegetical tradition as it developed within the various schools of ancient Platonism, from Middle Platonism to early Neoplatonism. With regard to the evil of the body, there are chapters on the various interpretations of Plato’s notion of a pre-cosmic disorderly motion as the source of corporeal evil and on the role of what Platonists referred to as an irrational Nature in the origin of that motion. As for evil of the soul, there are chapters dealing with the concept of an evil World Soul and with the view that the evil that is ascribed to the human soul is a form of psychological weakness.

Chapter One – Proclus’ doctrine of evil

Chapter Six – Evil as weakness of the human soul