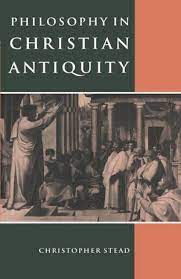 Christianity began as a little-known Jewish sect, but rose within 300 years to dominate the civilized world. It owed its rise in part to inspired moral leadership, but also to its success in assimilating, criticizing and developing the philosophies of the day. This book, which is written for nonspecialist readers, provides a concise conspectus of the emergence of philosophy among the Greeks, an account of its continuance in early Christian times, and its influence on early Christian thought, especially in formulating the doctrines of the Trinity and the Incarnation.

PART I – THE PHILOSOPHICAL BACKGROUND

1 – From the beginnings to Socrates

2 – Socrates and the Platonic Forms

3 – The philosophy of Plato’s maturity

5 – Epicurus and the Stoics

6 – The Middle Platonists and Philo of Alexandria

7 – The philosophy of late antiquity

PART II – THE USE OF PHILOSOPHY IN CHRISTIAN THEOLOGY

8 – The debate about Christian philosophy

9 – Greek and Hebrew conceptions of God

10 – Proofs of the existence of God

11 – God as simple unchanging Being