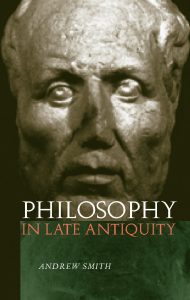 One of the most significant cultural achievements of Late Antiquity lies in the domains of philosophy and religion, more particularly in the establishment and development of Neoplatonism as one of the chief vehicles of thought and subsequent channel for the transmission of ancient philosophy to the medieval and renaissance worlds. Important, too, is the emergence of a distinctive Christian philosophy and theology based on a foundation of Greek pagan thought. This book provides an introduction to the main ideas of Neoplatonism and some of the ways in which they influenced Christian thinkers.

Setting the agenda: The philosophy of Plotinus

4 Soul, the universe and matter

5 The return of the soul

PART II The diffusion of Neoplatonism

7 The development of Neoplatonism