From Nietzsche to Badiou 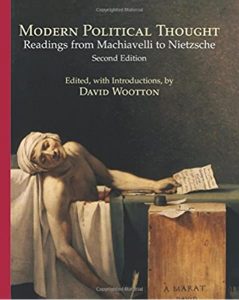 The aim of this international conference is to explore and discuss Plato’s multifarious impact on contemporary political thought. Plato’s influence on twentieth- and twenty-first-century political philosophy can hardly be overestimated. It is fascinating to notice the very broad range of highly diverse, and sometimes even opposite, interpretations that characterize the reception of Platonic political philosophy in contemporary thought. Virtually all the major modern and contemporary political thinkers (such as Agamben, Arendt, Badiou, Cavarero, Derrida, Foucault, Nietzsche, Nussbaum, Patočka, Popper, Stiegler, Strauss, Weil, just to name a few examples) have been engaged in a profound conversation with Plato. Far from being a mere erudite or historical exercise, this deep and enduring interest in Plato provides clear evidence that he remains a crucial reference point and a source of inspiration for all those who want to rethink the political.

Registration is required. Send an email to: a.cimino@ftr.ru.nl