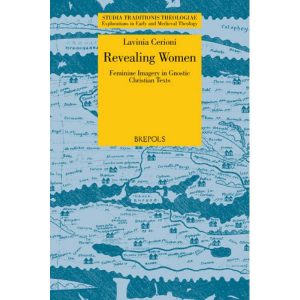 Revealing Women offers a detailed and textual oriented investigation of the roles and functions of female mythological characters in Gnostic Christian mythologies. Revealing Women offers a detailed and textually oriented investigation of the roles and functions of female characters in Gnostic Christian mythologies. It answers questions such as: to what end did Gnostic Christian theologians employ feminine imagery in their theology? What did they want to convey through it? This book shows that feminine imagery was a genuine concern for Gnostic theologians, and it enquires about how it was employed to describe the divine through a contextual reading of Gnostic Christian texts presenting Ophite, Sethian, Barbeloite and Valentinian mythologoumena and theologoumena. Overall, it argues that feminine imagery ought to be acknowledged as an important theological framework to investigate and contextualize Gnostic works by showing that these theologians used feminine imagery to exemplify those aspects of the Godhead which they considered paradoxical and, yet, essential. The claims made in the first chapters are later substantiated by an in-depth investigation of understudied Gnostic texts, such as the so-called Simonian Gnostic works, the Book of Baruch of the Gnostic teacher Justin and the Nag Hammadi treatise known as Exegesis of the Soul.

Dr Lavinia Cerioni completed her PhD at the University of Nottingham in 2018. Since then, she has worked as Adjunct Lecturer at the Institutum Patristicum Augustinianum in Rome. In 2021, she has been awarded a Marie Curie Individual Fellowship at Aarhus University in Denmark. She has published several articles on gender in early Christianity, Gnosticism and Origen of Alexandria.

I. Methodological problems in the study of gnosticism  p. 23

IV. Gnostic case-studies: the feminine in other gnostic traditions  p. 149