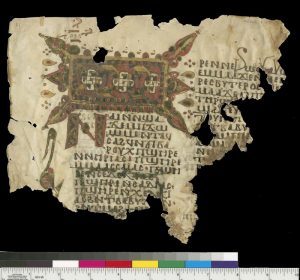 To celebrate the opening of the new exhibit Written Culture of Christian Egypt: Coptic Manuscripts from the University of Michigan Collection, we invite you to join us for short lectures from our two guest curators, followed by an opportunity to explore the exhibit. Refreshments will be provided.

Dr. Frank Feder from the Göttingen Academy of Sciences and Humanities will discuss the reconstruction of the Coptic Bible. The Coptic translation of the Old Testament is one of the oldest Christian versions of the Greek translation of the Hebrew Bible, the Septuagint (LXX). Manuscripts with Coptic biblical texts can be dated back to the late third and early fourth century. Thus, the Coptic manuscripts are often older than the extant Greek manuscript transmission. Moreover, the earliest Coptic texts show different dialectal varieties. The extreme dispersal of the Coptic manuscripts, mainly in the nineteenth and twentieth centuries, over about 106 different collections in Europe and North America has prevented until today a complete reconstruction and edition of the Coptic Old Testament. The Göttingen Academy project created a Virtual Manuscript Room to virtually reunify the dispersed manuscripts for a digital edition on the internet.

Dr. Alin Suciu, also from the Göttingen Academy of Sciences and Humanities, will discuss the White Monastery. Only fragments and dismembered leaves have survived from the manuscripts of the White Monastery, which once possessed the most important Coptic library in Egypt. The vestiges of these manuscripts are scattered today in numerous collections all over the world. This lecture discusses the way in which the first fragments of the White Monastery manuscripts emerged from their cache in the second half of the 18th century to be integrated in Western collections. He will also show how scholars have virtually reconstructed the library in modern times, and the impact of this endeavour on our knowledge of Coptic literature.

This event is offered with support from the Department of Middle East Studies and the Kelsey Museum of Archaeology.