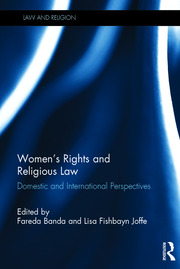 The three Abrahamic faiths have dominated religious conversations for millennia but the relations between state and religion are in a constant state of flux. This relationship may be configured in a number of ways. Religious norms may be enforced by the state as part of a regime of personal law or, conversely, religious norms may be formally relegated to the private sphere but can be brought into the legal realm through the private acts of individuals. Enhanced recognition of religious tribunals or religious doctrines by civil courts may create a hybrid of these two models. One of the major issues in the reconciliation of changing civic ideals with religious tenets is gender equality, and this is an ongoing challenge in both domestic and international affairs. Examining this conflict within the context of a range of issues including marriage and divorce, violence against women and children, and women’s political participation, this collection brings together a discussion of the Abrahamic religions to examine the role of religion in the struggle for women’s equality around the world. The book encompasses both theory and practical examples of how law can be used to negotiate between claims for gender equality and the right to religion. It engages with international and regional human rights norms and also national considerations within countries. This book will be of great relevance to scholars and policy makers with an interest in law and religion, gender studies and human rights law.

11.’Socio-Legal Gendered Remedies to Get Refusal: Top Down, Bottom Up’, Yael Machtinger